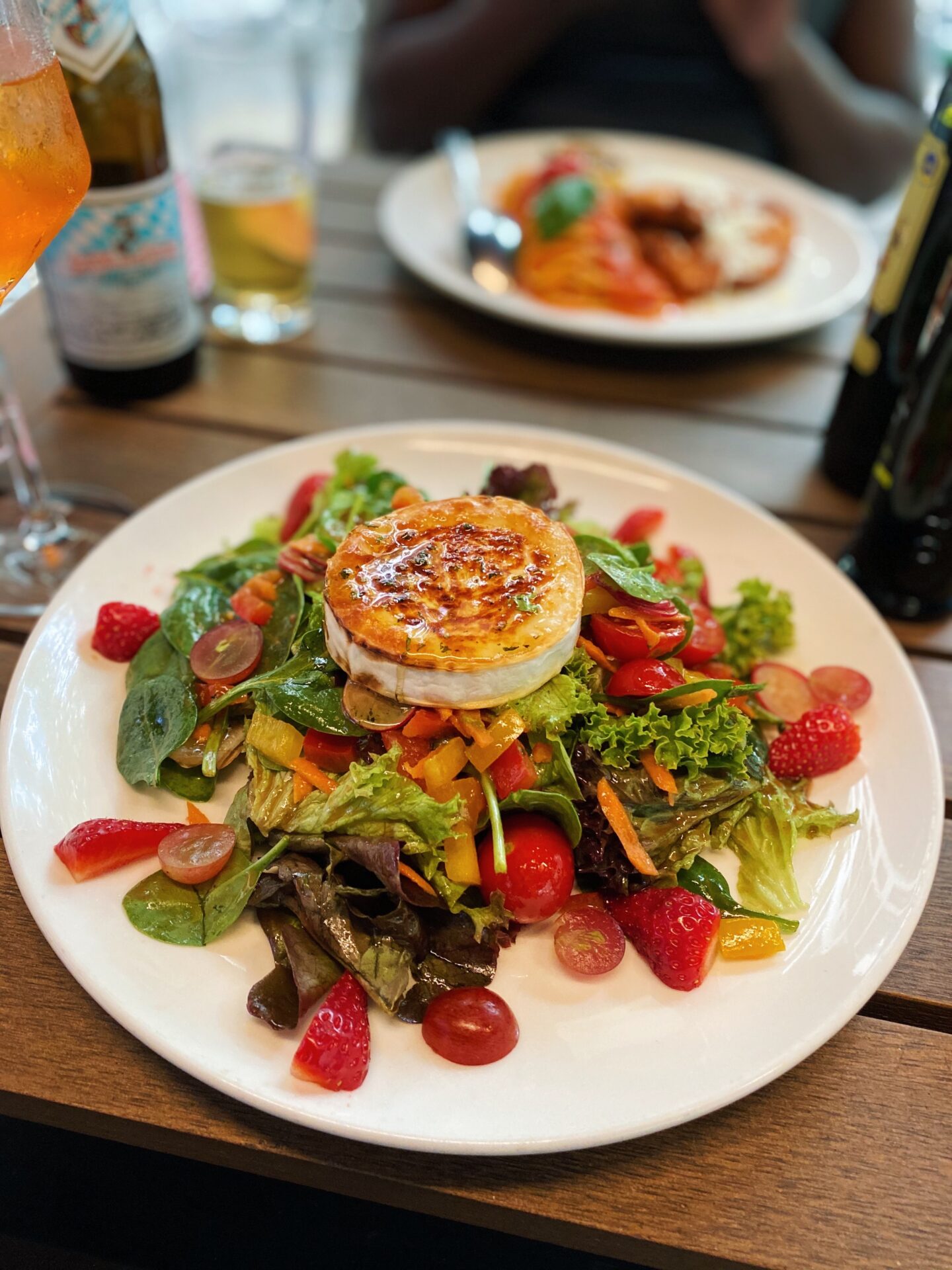 In Morocco, veganism and vegetarianism are relatively new concepts. Explanations about avoiding eating meat or meat products are frequently met with confusion outside of big cities and high-end restaurants and riads. Meat is an important part of Moroccan cuisine. If you’re invited to a Moroccan family’s house for  lunch, the main course will be meat. It is considered impolite to refuse to provide meat to a guest and equally impolite to refuse to eat it.

When a visitor arrives, the typical dishes are tajine or couscous, both of which usually include some vegetables, cooked or served alongside the meat. For hard-core vegans and vegetarians, this leads to some truly moral and ethical choices. Is it OK to explain that you don’t eat meat and pick at the vegetables surrounding the meal, or to decline the food entirely, thus disrespecting the host? In practice, it’s preferable to pick up some veggies, explain your situation as best you can, and then repent later.

When dining out, vegetarian tajines and pizzas, as well as seven-vegetable couscous (commonly written in French: couscous de sept legumes), are common. However, be aware that beef broth may be utilized for flavoring. Moroccan culture has yet to grasp the true meaning of veganism or vegetarianism. Thus, unless you specify otherwise, you may be served a dish without meat that includes fish, chicken, or turcky, as they are often not considered meat dishes in Morocco; the Moroccan idea of meat is generally limited to beef, goat, and lamb.

Moroccan salads, which are generally vegan, as well as bissara, a type of fava bean or split pea soup served with bread and plenty of olive oil and chile pepper, are good staples for vegans and vegetarians. Roasted nuts are often available in the medinas. It can be tough to find tofu, black beans, quinoa, and other nutritional basics. Supplements like B12, iodine, iron, and calcium should be brought with you because they are unlikely to be available in Morocco.

The good news is that there are plenty of fresh fruits and veggies to choose from. Though the use of pesticides and herbicides has increased, ncluding crop-dusting on some of the larger farms in the Rabat and Casablanca areas, the vast majority of farmers are unable to afford them and must rely on environmentally friendly methods to grow their fruits and vegetables. Fruits and vegetables should be well cleansed before soaking in vinegar for five minutes to destroy bacteria.

It’s simple to eat gluten-free, but don’t expect your server to know what that means. Gluten-free food is only known to high-end restaurants and riads. Couscous, like any other pasta and other breads, is not gluten-free and should be avoided. Rice and potatoes are abundant in Morocco and can easily be substituted.