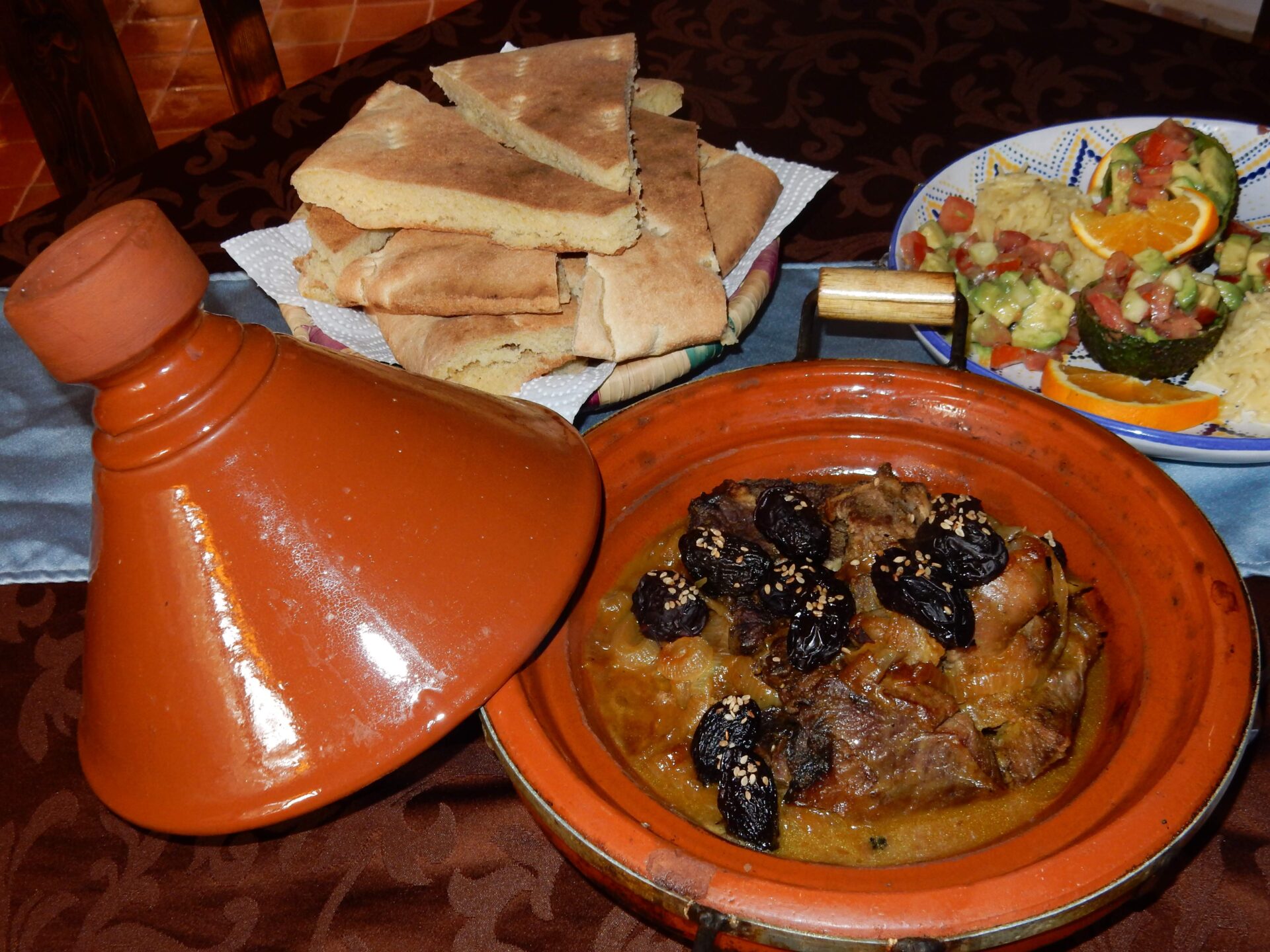 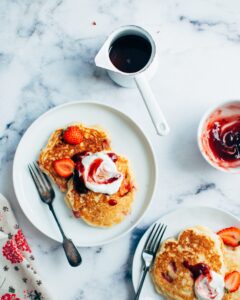 Moroccan cuisine is widely regarded as being among the best in the world. While superb Moroccan food can be found in restaurants, the greatest is prepared at home. This is due to the fact that Morocco is not an eating-out  country. Most meals are prepared at home, usually by the wife or mother, and are made even more delightful when a visitor arrives, as most Moroccans would tell you.

Different breads (such as harsha, a semolina flatbread), Moroccan pancakes (msmmen or meloui), goat cheese, olives, freshly squeezed orange juice, and a hard-boiled or fried egg are all part of a classic Moroccan breakfast. Breakfast, like lunch and dinner, is frequently served with a salad.

There are several different Moroccan salads, almost all of them contain steamed or cooked vegetables. Eggplant, beetroot, roasted peppers, onions, and tomatoes are some of the more well-known salad ingredients. These are eaten before, after, or with the soup, which is usually a harira (a tomato-based soup with chickpeas, lentils, or pasta noodles), though Bissara is also served ( a soup made of feva beans or splitpeas). In reality, merchants holding vats of thick Bissara may be seen in most Moroccan medinas and along the seaports. It’s filling, affordable, and considered to be good for the lungs. While meandering through the intricate medinas, it often becomes a mainstay for vegetarian travelers.

Moroccan cuisine is known for its tajine. Tajines are slow-cooked strows served in conical clay bowls (also called tajines). They are generally cooked over an open flame. Tajines almost always include meat, with chicken, lemon, and olives, spiced meatballs and eggs, beef with honey, dates, and prunes, lamb with prunes and olives, and spiced sardine meatballs among the most popular. There are vegetarian tajines available, however they usually lack many of the spices and are more bland than meaty tajines.

On Fridays, after the imam delivered his afternoon sermon, families would meet for Couscous lunch. Many still do, and many establishments have cut afternoon hours to honor this tradition and allow time for families — many of the old medinas are closed for the entire day. Cuscous, as it is known in Morocco, is significantly different from its westernized cousin, which comes in a box and can be prepared in under five minutes. Couscous takes a long time to prepare. In a special couscous maker, the tiny grains of pasta are hand rolled and steamed over the meat and veggies.

A classic couscous is served in one enormous dish to the entire family, with the meat, usually chicken, beef, or lamb, put in the center. When eating with a Moroccan family, the part in front of the plate is yours, and you will frequently eat with your hands. Keep in mind that eating with your left hand is considered impolite. This is the “dirty” hand, as it is the one that should be used to do your toiletry. Only eat with your right hand. You can either make couscous and veggie balls with your hands or scoop up the grains and sauce with bread.

By the conclusion of your visit, you’ll have had your fill of mint tea. Often referred to as “berber whisky” or “whisky  Morocain.” Moroccan mint tea is a traditional ritual that hosts provide to their visitors. You’ll very certainly be served mint tea at the medina’s various stores and bazaars, notably at carpet vendors, where you’ll have to spend some time bargaining over a price, as well as in most smaller hotels, guesthouses, and family homes. The tea is usually sweetened with a lot of sugar, turning it into a syrupy mint concoction. It’s fine to request a small amount of sugar or none at all.